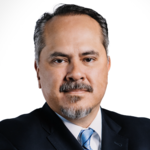 Jimmy is an experienced personal injury trial lawyer who began his legal career representing insurance companies and their insureds.  He spent years defending clients ranging from doctors and hospitals to trucking and oil & gas companies in complex personal injury and wrongful death lawsuits.  During that time, he gained in-depth knowledge of defense strategies and tactics used by insurance companies to minimize, and sometimes eliminate, claims of those injured as a result of the negligence of others.  He now uses that experience, knowledge and insight in his work as a lawyer helping injury victims.  He is able to anticipate the insurance company's legal defenses and build a strong case for his injured clients.

Jimmy's work as an attorney has led him to receive many awards, including receiving an AV Preeminent Rating from Martindale-Hubbell.  Jimmy has also received recognition as America's Top 100 Civil Defense Litigators (Southern Texas), Who's Who in American Law, Houston's Top Lawyers by H Texas magazine, Houston's Top Lawyer by Houstonia Magazine and Texas Super Lawyer by Law & Politics and Texas Monthly.  No more than 5% of Texas attorneys are named to the Texas Super Lawyer list each year.

Jimmy has worked hard his entire life.  He immigrated to the United States with his widowed mother and two siblings when he was three years old.  His mother had an elementary-level education and spoke limited English.  She worked multiple jobs as a janitor to provide opportunities for Jimmy and his siblings.  At a young age, Jimmy would work alongside his mother helping her clean the same school and church he attended.  Throughout high school, Jimmy continued to work to help his family.  It was normal for him to work during school nights, often beginning a shift when most people were already asleep.  He brought the same work ethic to college.  While at Texas Tech University, Jimmy worked as a warehouse worker, forklift driver and cook, not only to pay for school, but to live.  Despite his busy work and class schedule, he was President of a student organization and a member of the Texas Tech Powerlifting team, winning two individual drug-free national collegiate powerlifting championships.

After earning a Bachelor of Science degree from Texas Tech University, Jimmy worked several jobs while attending graduate school at the University of North Texas.  He worked in construction, as a medical assistant, research assistant and even as a janitor cleaning doctors' offices.  He received a Master of Science degree and briefly worked in the nursing home industry before pursuing his law studies at South Texas College of Law Houston.  He worked through law school and was mentored by very skilled and experienced lawyers who allowed him to participate in trials as a law student.

Jimmy is truly grateful for his upbringing and the values instilled in him by his mother.  Jimmy relies upon this life-long work ethic and life experiences in his work as a lawyer representing injured people.  He understands injuries and losses after an accident can cause struggles and hardships.  When clients entrusts a case with him, he works tirelessly to achieve the best outcome.

Jimmy is married to Lorey who works as a school administrator.  They have a son and daughter who participate in various sports and school activities.  When not working, Jimmy enjoys spending time with his family, attending his children's sporting events and activities, fishing and watching football and soccer.